In our latest author blog, David N. Fisher and Andrew G. McAdam explore how indirect genetic effects allow traits to evolve even in the absence of increased fitness across generations.

Evolution by natural selection is the best way to understand how the amazing and sometimes bewildering diversity of life on earth came to be. Yet its core ideas are fairly simple. Those individuals bearing the traits most suited to their environment will survive and reproduce better (have higher “fitness”), and so have more offspring in the next generation. If offspring tend to resemble their parents then the next generation will be comprised of individuals who bear the more beneficial traits, and therefore the population as a whole will be better adapted to the environment. We therefore expect the average fitness in the population in increase each generation. We can summarise this by saying we expect trait evolution to lead to adaptation.

However, we can easily observe situations where it does not quite work like that. In a population of deer, males may compete for access to females. Increased antler size may allow deer to dominate other males, giving them increased access to females and so higher reproductive success. The next generation of males are therefore more likely to be descendants of these more well-endowed males, and so will have larger antlers themselves. But do we expect average fitness to increase? Not necessarily. In our example, while the average male may have bigger antlers, they are still competing for access to the same number of females (we’re assuming population size is not growing here), who are reproducing the same number of offspring. Average male fitness is limited by female reproduction, and so cannot increase. So, what has happened to our expectation that trait adaptation leads to evolution? 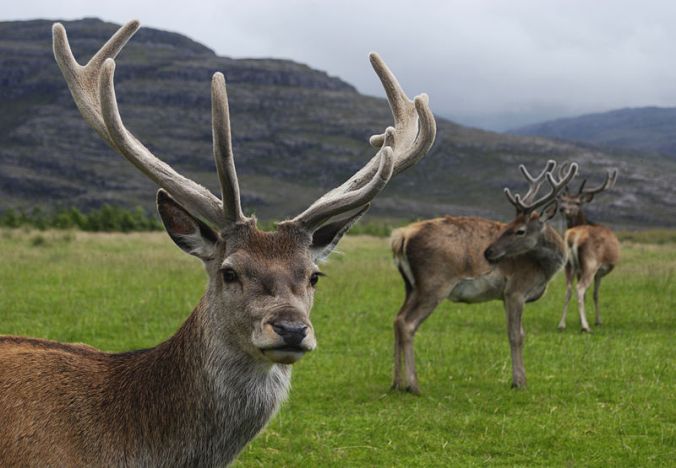 Genes of others can affect individual fitness, especially when fitness depends on competition for limited resources. Image by Mehmet Karatay: https://sco.m.wikipedia.org/wiki/File:Red_deer_stag.jpg

What has happened here, cryptically, is that the social environment has evolved. What we mean by this is that, while the average male has larger antlers, so too does any other male he will compete with, as all are drawn from the same population. If a male in the new, bigger-antlered, generation was competing with males from the old, smaller-antlered, generation, he would be expected to do better. But he isn’t, he is competing against other large antler males, also offspring of successful males from the previous generation. Therefore, any increase in antler size is counteracted by increases in antler size of competitors.

While indirect genetic effects have been known for over 50 years, in our article we apply them directly to fitness and assess the consequences. We find that by predicting an increase in the competitive environment across generations, models with indirect genetic effects on fitness can account for the lack of increase in mean fitness across generations, even when other traits are evolving. This observation was not previously compatible with two fundamental theorems in evolutionary biology, R. A. Fisher’s fundamental theorem of natural selection (which says that the rate of increase of mean fitness due to natural selection is equal to the genetic variance in fitness), and G. R. Price’s covariance equation predicting evolution change (when the evolution of a trait is equal to the genetic covariance between the trait and fitness). This suggests indirect genetic effects on fitness could be fundamental to understanding the evolution of populations with any degree of competition over a limited resource. Social interactions are everywhere and therefore indirect genetic effects on fitness may well be the norm rather than exceptions.

In summary, considering the evolution of the social environment, and how there may be indirect genetic effects on fitness, reconciles two fundamental ideas in evolutionary biology with observations made in nature. Furthermore, it serves to link models for trait evolution to models for population growth, and observations of maladaptation or adaptation where it was previously thought to be impossible.

David N. Fisher is a Postdoctoral Research Associate and Andrew G. McAdam is an Associate Professor, both in the Department of Integrative Biology at the University of Guelph. The original article is freely available to read and download from Evolution Letters