The phrase “Same same but different” is something you might hear while backpacking across southeast Asia. For example, a couple of summers ago I found myself in a small shop in Bangkok haggling for a cheap watch. Here’s part of the conversation I had with the shop owner:

Me: “Are these genuine Rolex watches you have for sale?”

The owner meant that his watches were nearly indistinguishable from a real Rolex, but they were still different in important ways.

In nature, we often find species that are “same same but different” when two divergent lineages evolve parallel traits adapted to similar environments. For example, two darkly colored species might evolve lighter pigmentation as an adaptation to a white sand environment (see Rosenblum and Harmon 2010). However, it’s not always obvious that two species have evolved parallel adaptions just by looking at them. Sometimes it would be more appropriate to describe species as “different different but same.”

In our new paper published in Evolution Letters, we study two recently diverged Cyprinodon pupfish species endemic to San Salvador Island, Bahamas. At first glance, you might not expect to find much in common between C. desquamator – a ‘scale-eater’ species that has evolved large oral jaws specialized for tearing scales off of other pupfishes, and C. brontotheroides – a ‘snail-eater’ species that evolved robust short jaws and a maxillary protrusion for crushing mollusks. Cyprinodon pupfishes are found throughout the Caribbean, but they are largely dietary generalists that consume macroalgae and detritus. Scale-eating and snail-eating niches are entirely unique to these specialists on San Salvador, and they likely diverged from a generalist common ancestor within the last 10,000 years. 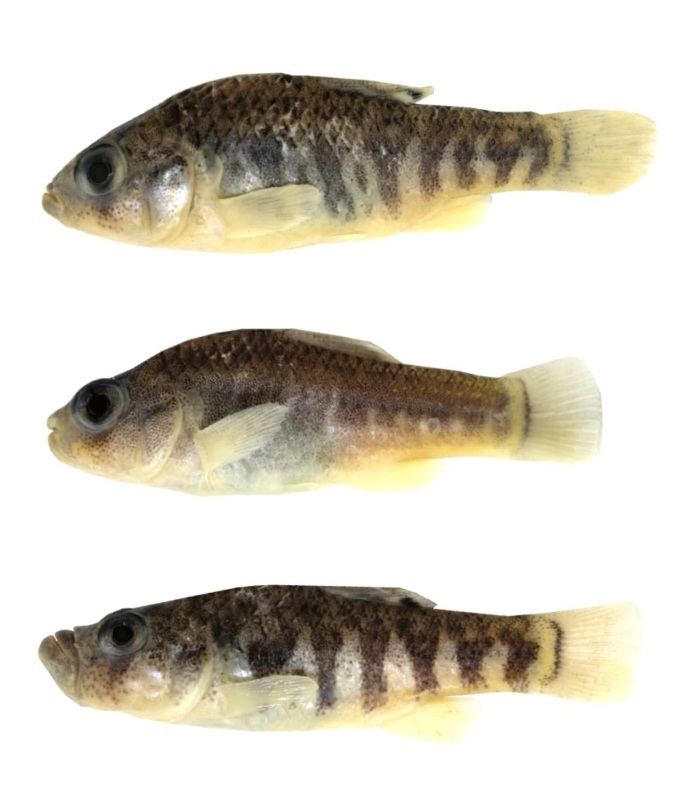 Given that scale-eaters and snail-eaters diverged so recently and yet differ so dramatically in their diet and cranial morphology, we wanted to know how similar these species were at a genetic level. We compared gene expression of each species with a closely related generalist sister species that is found alongside specialists on San Salvador Island.

This is why I like to call scale-eaters and snail-eaters species “different different but same”. They specialize on different resources, show divergent cranial morphology, but look very similar to each other at the level of gene expression. 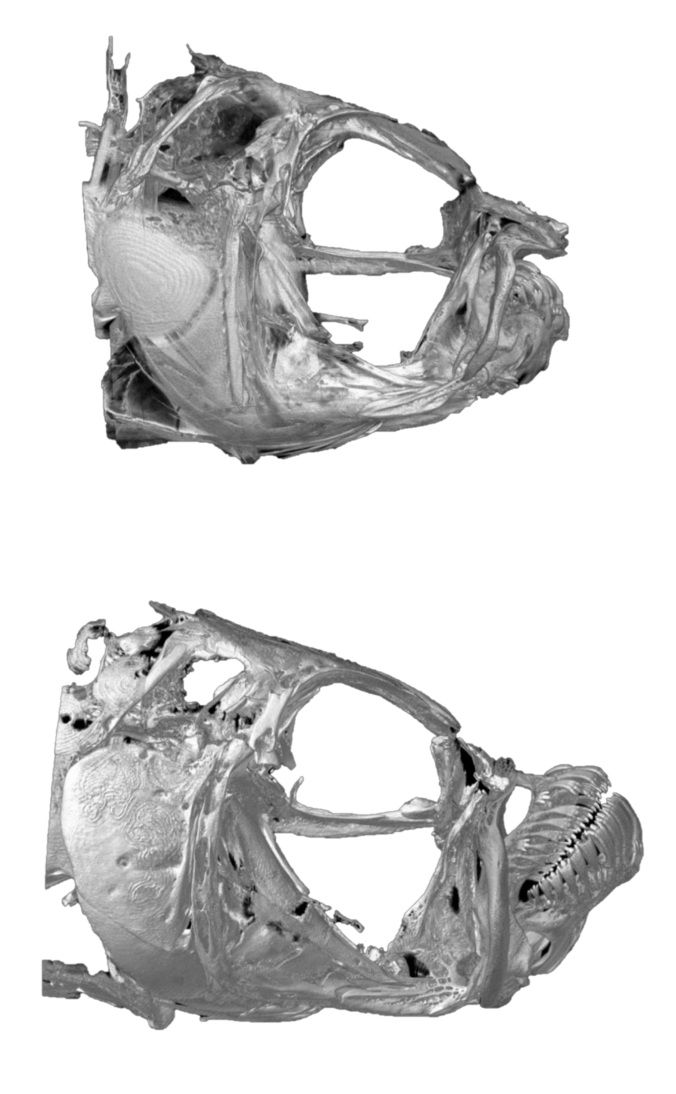 To try to understand why these specialist species show parallel changes in gene expression, we thought about how scale-eaters and snail-eaters are more similar to each other than either is to their generalist sister species. For example, the specialists occupy a higher trophic level than generalist species, meaning that specialist diets contain less algae and more animal derived nutrients. We found that many genes showing parallel changes in expression were known to affect nitrogen metabolism in other model organisms. This makes sense because scales and snails both contribute to diets that are higher in nitrogen compared to a generalist diet, suggesting that specialist species show parallel evolution of gene expression as a parallel adaption to a higher trophic level.

These findings add to our knowledge of the types of parallel adaptations that arise during speciation, and highlight how species can evolve similar gene expression despite divergent dietary specialization.

Joe McGirr is a graduate student at the Department of Biology, University of North Carolina at Chapel Hill. His study is freely available to read and download from Evolution Letters.

This site uses Akismet to reduce spam. Learn how your comment data is processed.